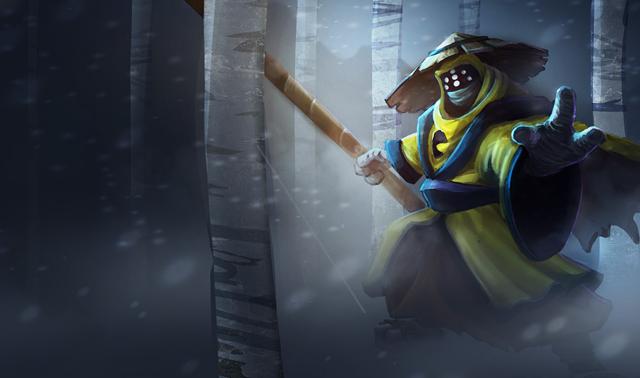 Skins in League of Legends are an interesting animal. They’re the only thing in the game that you can only buy with real money. That means you have to be careful about what you buy.

I do buy a lot of skins, because they make the game more enjoyable for me, but I try to keep it to one skin per champion. That means you have to know which one is the best, so I’m here to tell you.

Conundrum! The best Jax skin was a limited edition skin from Pax, so you can’t get it other than on Ebay and some sites for a lot of money. But it’s the best one, I’m not going to lie.

I’m a big Penny Arcade fan but there’s another part of it. I don’t usually get into the lore but the Jax lore has a funny bit. He’s such a good fighter that it’s unfair for him to use a weapon so he uses a lamp post and beats people anyway. It’s fun. The reason the Pax skin works so well is that it’s a reference to the Cardboard Tube Samurai. So even less threatening than a lamp post, he beats you with a cardboard tube.

So you want a skin that you can actually have? Well for the reasons I talked about, it’s the base skin. A ton of the others have actual weapons, which is no fun.

You’re tough, you want an actual skin? Fine, go with Vandal Jax. At least he’s using a 2×4, Hacksaw Jim Duggan would be proud, even if it’s got nails in it. That and he looks cool.

The Rest of the Jax Skins

You can check out all the skins here.

The Mighty Jax is funny, but I’m kinda meh on it. The pink is funny though.

Angler Jax does have a non-weapon, but he’s kind of lame looking.

I love Roman stuff so Jaximus is cool but he’s got a weapon, so boo!

I really like the look of Temple Jax but you already know the problem at this point. He’s a good choice if you don’t have my weapon issues.

I’d only grab SKT T1 Jax if you’re a fan of the team or that bright anime-esque look.

That’s Jax but who would you like to see next? Let me know in the comments or tell me what you think of Jax’s skins.